Hire A Friend As Your Property Agent? – Not A Chance In Hell

The odds of not having a friend or someone in your extended family who is a property agent is probably as good as winning the lottery 2 weeks in a row, with the same numbers. The reality is that as long as you have a drive or an interest in real estate, there are very little barriers for one to become a qualified agent. There are no qualification criteria of at least a degree with honors or minimum 3 year experience with speculating in properties. So anyone who is willing to have a go at the test papers until he eventually passes can become a full-time or part-time agent. So it comes as no surprise that many people in our social and family networks have taken up the profession.

But the odds of me hiring someone I know is more or less the same as striking the lottery 2 times in a row, with the same numbers. You see, the very notion that someone does not need to make an effort to acquire my business disturbs me. It is a sure fire formula for complacency. When someone has used considerable resources and time to acquire a client, he is more likely to value it. And the underlying reason I should hire someone just because he belongs to my social group or a relative smells of undeserved nepotism. And this is just the tip of the iceberg.

Because contrary to what most people believe that friends will always give you the best deals, experience tells me otherwise. Many times when I do give friends my business, I realise that either I will get the same stuff if I went to someone else, or I can get a better deal somewhere else. And in some extraordinary cases, even end up with the most expensive deals in the market. And when they do get found out of their evil deeds, there is always an awkwardness to walk away because of the potential social backlash that can come afterwards. And if the agent is actually a close confidant, you put your relationship with him at risk should you destroy a deal just for being a smart consumer. Why do we put ourselves in these positions in the first place?

You see, there is a social element that is in play the moment we hire someone familiar. A friend can feel that it’s possible to get away with complacency or a lack of ability with just an arm around the shoulder. But when you are buying or selling houses, you are either looking for the best buying or selling price. Instead of helping you push the boundaries to close a deal, friends often forget their role as a killer agent and look forward to an easy payday by recommending you close. The fact that many investors allow this to happen boggles my mind. I know because I’ve dealt with agents representing my opponents whose motivation is more to close as soon as possible rather to close at the best deal possible. 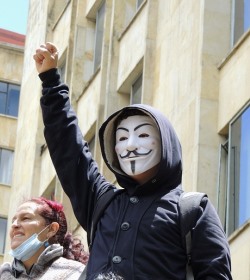 The biggest mistake associated with hiring friends has got to do with the trust factor. Misguided trust to be exact. On the pretence that one could definitely wholeheartedly depend on a friend, clients often neglect to do their own research. Choosing instead to leave it to the agent at his own discretion. Since questioning a “friend” will leave a “friendship” in doubt. The client is socially expected to take any words that come out of the agent’s mouth as legitimate answers and information. And because of this social factor, agents can exploit it by just spouting any nonsense and expect a client to accept them as they are.

Forget about discounts on commissions. Because you are not expected to negotiate in an aggressive manner with your sister-in-law, you can expect little to no discounts. Usually the latter. People who get discounts are those who have no emotional attachment with walking away. They lowball and give ultimatums. The weird thing is that they frequently get what they want. That tactic is not in your playbook as long as you hire someone in the family. Tough luck.

You can also leave the thought of extra attention in the closet too. That seldom happens when dealing with someone you know. Take insurance for example. I always find it amusing that a broker who picked me up at a road show continues to send me Christmas and birthday cards each year. While someone I know who sold me a life policy has disappeared from the face of the earth, never to hear from again since I put my signature on the papers. The same goes with buying a mobile phone from a store operated by an acquaintance. Only after purchase did I realise that the brand was having a sale for the same smart phone at a better deal.

Seeing that your agent, the person working for you, is one of the most important elements of successful real estating, you would be a fool to put your investments at the mercy of any degree of social pressure. It is easy to tell yourself that that won’t happen as you will be keeping everything under tabs. But usually when bad things start to happen, they are already too late to rectify. Because by then, the deal would be over or the relationship has already broken. The worst irony occurs when you know for sure that you are being taken for a ride but cannot bring yourself to a confront a drinking buddy head-on.

The best people to hire are those who are making an effort to be hired, with no social strings attached. If someone has the marketing skills to get you calling him instead of others when you need an agent, you can already say that he has the skill set of a capable realtor. You can also make the type of demands you would expect from a business relationship without the baggage that comes with hiring a cousin who is charging you “market rate” plus expenses. 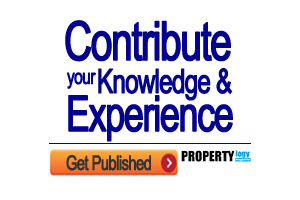 Enter your email below